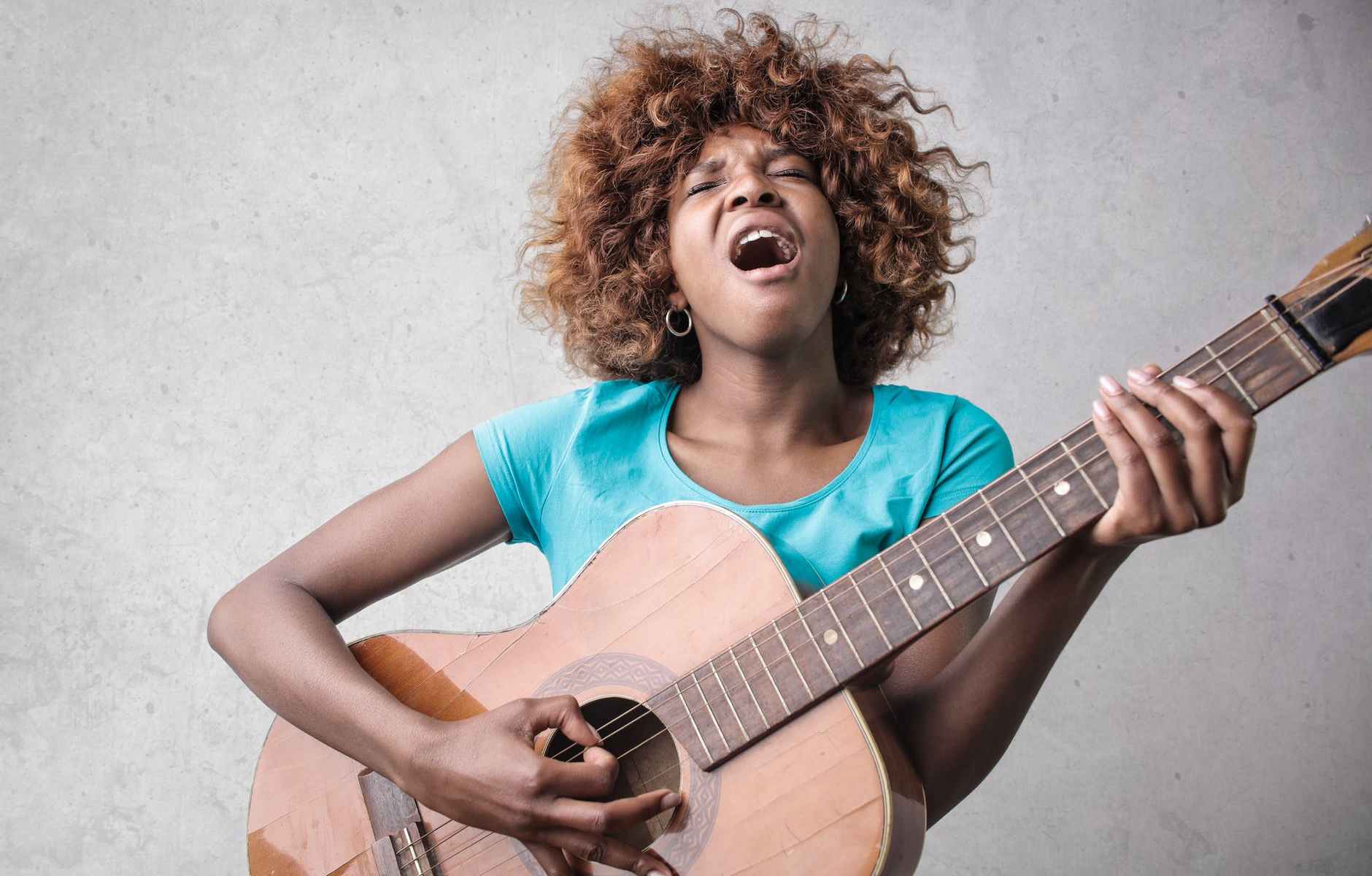 Singing can have some of the same effects as exercise, like the release of endorphins, which give the singer an overall “lifted” feeling and are associated with stress reduction. It’s also an aerobic activity, meaning it gets more oxygen into the blood for better circulation, which tends to promote a good mood.

Singing actually changes the brain by moving musical vibrations through you thereby altering both your physical and emotional landscape. Because singing is like getting a dose of the perfect tranquiliser, it really does soothe your nerves and elevate your spirit. The singer feels both calm and energized and it doesn’t cost anything. Source: Spinditty

Suzi began her career by winning a scholarship to the Royal Academy.  She went on to gain an honours degree in Music and Drama at the Mountview Theatre School. Her unique style transcends the musical spectrum from jazz to soul, funk to rock and includes an enviable ability to play both tenor and alto saxophone, clarinet and the piano. Suzi is also a talented singer-songwriter having penned compositions for other artists and herself.

Her many appearances on UK TV include The Kenny Everett Show | Mike Yarwood | Little and Large | Eastenders | French and Saunders and ‘Allo ‘Allo to name just a few. Stage appearances include The Children’s Royal Variety Show | ‘Allo ‘Allo at the London Palladium and Buddy at the Apollo Theatre.

Suzi has worked with a number of leading bands and singers including Roxy Music and Def Leppard and played numerous London venues including the Cafe Royal, Pizza on the Park, The Grosvenor House and Park Lane Hilton.

Her versatility as a performer enables her to sing a sultry jazz number then rouse the most relaxed audience with incredible impressions of Tina Turner, Amy Winehouse and Shirley Bassey. Either as a solo artist or with a band or combination of acts and performers her client’s entertainment needs exceed their expectations. We are blessed to have her on board as her positive vibes are infectious and she’s always up for a laugh.

Tee Green is a renowned vocal coach to the signed artist or established singer that wants to up their game. A performer, singer-songwriter with a 4.5-octave range golden voice of his own he’s one of the best and works (on the quiet) with those recommended to him by psychiatrists and therapists to help with all forms of anxiety and depression.

When you get told by your nan that ‘cousin Nicky’ needs a job (age 15 and stroppy) because “She’s hanging about outside the chip shop in Tadley with holes in her jumper.” Nicky was into the Smiths, trying out cider and fags with other bored teenagers who liked wearing black and being difficult. I didn’t need any staff but fearing the wrath of ‘nanny short’ AKA Doris or ‘Doll-Doll’ to her many sisters and brothers I invented a job for ‘Miss Grunge’ herself ‘Nicky Noo-Noo.’ The rest is history in the karmic book of shadow work and supports the advice that it’s unwise to work with children, animals or family.

Down Memory Lane to New York, New York in 1991 for my cuz Nicky’s first-ever trip to America. Her geography was a bit off, we couldn’t find Godzilla but we flew around lady Liberty, found Amytiville house of horror and she impersonated me so we could blag a hire car that got towed. What a trip! NYC no wonder they named it twice or we would have missed it trying to get to Florida and back in 24 hours. Here’s to my annoying cousin who was once brave and didn’t always moan like Victor Meldrew

Victor Meldrew is a fictional character in the BBC One sitcom One Foot in the Grave, created by David Renwick and portrayed by Richard Wilson. The character epitomised the archetypal grumpy old man. Meldrew is a foil for the bothersome aspects of children, cars, animals, power cuts and next-door neighbours. Wikipedia

Join in KITCHEN KARAOKE Singalong with Lara for PTSD, Anxiety, balanced Mental Health or just because it SPARKS JOY!

How Many Homeless People Are There in the World?

There are an estimated 100 million people in the world who are homeless, according to a United Nations report from 2005. The division of this statistic varies between countries, ranging from a few thousand homeless citizens to over one million.

Some nations have a much smaller homeless population than others. Lithuania has fewer than 2,000 homeless citizens, as of 2014, and in Sweden, the number is 17,800.

THE KITCHEN KARAOKE CHALLENGE > Singalong with Lara Wilson for PTSD and to balance Mental Health – JOIN IN it’s FREE!

WHOLE_istic Media Blog – Less artificial, more intelligent. A place where information, education and creative ideas flow with ease. WHEN NOT IN JAIL Just contact us using the link on our website HERE and we’ll email you back so you can join in on Social Media or Brandnewtube and Youtube but we’re suspended from uploading any new videos to Youtube as we’re on strike 2 for a COVID 19 scam video and Pizzagate.

Join our Facebook Group WHOLE_istic Media Tribe ONE DAY AGAIN to keep up with all the news, views, tips, support, FREE resources, debates, resources and laughs. IN JAIL

This site uses Akismet to reduce spam. Learn how your comment data is processed.